Scenes From The Dancefloor at the 2019 Philippine Tatler Ball 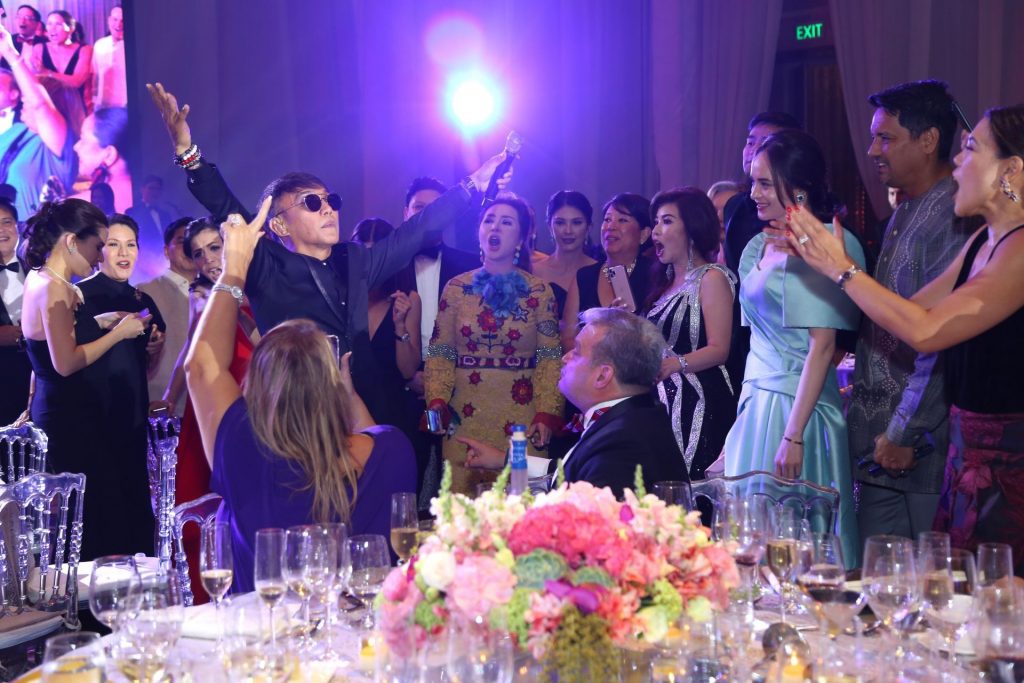 Celebrating Philippine Tatler’s 18th anniversary would not have been complete without dancing and merriment!

Thanks to the generosity of Tatler’s beloved friends, a total of Php 12,006,000 has been raised for this year’s beneficiary, WWF Philippines, whose environmental conservation efforts are worthy of support. Prestigious awards were also given to individuals deserving of praise: Joey and Marissa Concepcion for Couple of The Year, Joanna Preysler-Francisco as the Most Stylish Woman, Alice Eduardo as the Most Charitable Force, Sofia Zobel-Elizalde as Patroness of the Arts, and Ben Chan as the Diamond Awardee.

As the programme led by Stephanie Zubiri and Tim Yap came to a close, Journey’s lead singer Arnel Pineda came on stage and belted his heart out. Guests danced and sang to covers and hits, and continued to do so as Highway 54 opened the dance floor and as DJ Samantha Nicole took over.

This event would not have been possible without lead partners, Mercedes Benz and Santos Knight Frank, as well as supporting partners Bvlgari, HSBC Premier, and Subic International Golf Club.